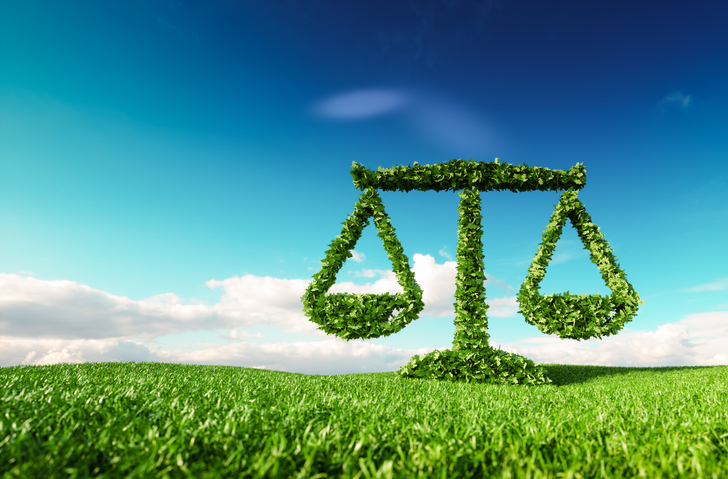 Once described by former Illinois EPA director Renee Cipriano as “the most power tool in [her] arsenal”, Section 34 of the Illinois Environmental Protection Act gives the Agency authority to seal equipment, vehicles, vessels, aircraft, or facilities in emergency conditions and conditions creating immediate danger or imminent and substantial endangerment to public health or welfare of the environment.

Section 34 gives the Agency authority to issue a seal order in 3 different categories:

(1) Under Section 34(a), a seal may be issued “upon a finding that episode or
emergency conditions specified in Board regulations exist”.

(2) Under Section 34(b)(1), a seal may be issued at “any pollution control facility where
the Agency finds that an emergency condition exists creating an immediate danger to public health or welfare or the environment”. Under the Act, a “pollution control facility” is any waste storage site, sanitary landfill, waste disposal site, waste transfer station, waste treatment facility, or waste incinerator. 415 ILCS 5/3.330(a).

(3) Under Section 34(b)(2) a seal may be issued “at any other site or facility finds that
an imminent and substantial endangerment to the public health or welfare or the environment exists.”

Section 34(b) significantly expands the Agency’s seal authority. Whereas Section 34(a) provides that emergency conditions must be specifically provided for in the Board regulations, Section 34(b) permits the Agency to make its own determination of what constitutes “immediate danger ” or “imminent and substantial danger” to public health or welfare or the environment. Section 34(b) was amended in 2005 to expand the reach of the seal authority to include any site or facility, regardless of how it is classified or regulated. Of the publicly available information about sites that have been sealed by Illinois EPA, a large portion (11 of the 18 found on Illinois EPA’s website) of the seal orders have been issued to prevent access to abandoned sites that contain hazardous waste.

Removal of Seals & Methods of Recourse

Seal orders may only be removed by the Agency when it determines that the contamination has been cleaned up or the risk has been abated, otherwise the seal order may be challenged. Section 34(d) provides two methods of recourse for those seeking to remove a seal order, or prevent enforcement of a seal order. A owner/operator is entitled to a hearing before the Illinois Pollution Control Board in accord with Section 32 of the Act to determine whether the seal should be removed, or the petitioner may seek immediate injunctive relief.

Section 34(d) specifies that a Board hearing shall be conducted in accordance with Section 32 of the Act with one exception– Section 32 specifies that a Board Hearing shall be held before a Hearing Officer and may be attended by at least one Board Member, but a hearing seeking removal of a seal requires that a Board Member be present. There is no record of a substantive decision by the Board regarding an Illinois EPA seal, but the Board has provided further guidance on the procedure of a hearing under Section 34. In an order denying a hearing request due to the petitioner’s failure to properly serve Illinois EPA, the Board clarified that a Section 34(d) hearing would treated as an appeal of an Illinois EPA decision, and governed by Section 35 Ill. Adm. Code 105.Subpart B (35 Ill. Adm. Code 105.200-105.214).

Substantively, a Section 34(d) hearing does not differ from typical Board hearing proceedings as provided in Section 101 Subpart F. The hearing will be based exclusively on the record before the Agency at the time the seal was issued, unless the parties agree to supplement the record under Section 40(d) of the Act. The only difference is in how a final decision is rendered. Section 34(d) states an exception from the requirement in Section 5(a) of the Act that three members of the Board shall constitute a quorum to transact business, and that the affirmative vote of three members is necessary to adopt any order. For a Section 34(d) hearing, the Board may issue a decision based on votes of the “members present”, meaning the vote of only one board member is necessary to issue the final order.

It is unclear how many petitions for immediate injunctive relief have been filed because all except one have been in state court, and it is difficult to get hold of handwritten orders. However, there is at least one instance in which an Illinois court has held that Illinois EPA overstepped its authority by issuing a seal under Section 34 to a landfill operating in flagrant non-compliance with the Act and against court orders. This was the highly publicized shut down of two landfills ordered by Governor Blagojevich. The Governor stated that quick action by use of the seal order was necessary because the landfill continued to operate in violation of the law and traditional litigation was too slow to address the situation. On an emergency motion filed in Cook County Circuit Court challenging the seal order, Judge Thomas Quinn restricted the Agency from enforcing the order, meaning the Agency could not impede anyone from entering the site or conducting business there while the issue went through the regular channels of litigation. Notably, this took place in January 2005 and was the impetus for the legislation amending Section 32(b) to expand the Agency’s authority to issue seal order, which became effective in July 2005.

In a recent ruling in the U.S. District Court for the Northern District of Illinois on the Sterigenics’ petition for a temporary restraining order to prevent enforcement of a seal order, Judge Matthew Kennelly determined that Section 34 provides adequate due process on its face because a pre-deprivation hearing is not always required. The Court accepted the premise that the Agency has the authority to take swift summary action in certain instances, and that the necessity of quick action by the State or the impracticality of providing pre-deprivation process supports that a post-deprivation hearing provides adequate due process. Citing Hodel v. Virginia Surface Mining, 452 U.S. 264 (1981), the Court stated that it need not determine whether an emergency was present in the immediate case because the enactment of the statute reflected a concern about public safety and public health. Therefore, the proper analysis is “whether the statutory procedure itself is incapable of affording due process”. Judge Kennelly found that Section 34 provides adequate due process because the statute provides two methods of recourse.

Several of the other issues raised in this matter provide valuable interpretations of Section 34 authority and methods of recourse. Most importantly, the Court may effectively eliminate the option of seeking immediate injunctive relief in federal court. Judge Kennelly’s ruling from the bench briefly addressed, but did not decide, this issue. The Judge noted that his inclination was that the 11th Amendment would bar the claim for injunctive relief to prevent enforcement of the seal order because it is a state law claim, and a federal court is unable to order a state agency to not enforce state law. If this is the final decision on this matter, petitions for immediate injunctive relief will be limited to state court.

On Thursday April 25, 2019, 12:15-1:15 p.m., Kristen Gale will give a CLE presentation “Section 34 of the Illinois EPA Act – How the Illinois EPA Shuts a Company Down” at The Chicago Bar Association Environmental Law Committee Meeting. The presentation will be also be available live by webcast. All members are welcome to attend.

For more information, visit www.chicagobar.org/committees to learn more about the April 25 meeting or to join the roster of the YLS Environmental Law Committee (and receive email notice of future meetings).